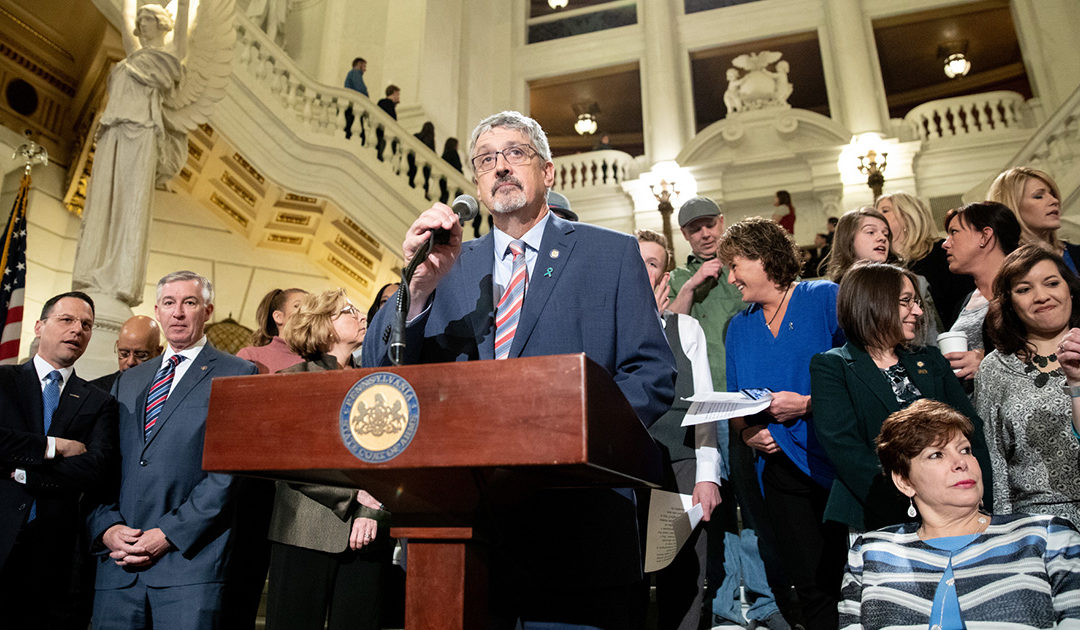 “I wanted to get to Harrisburg to amplify the voices of those who’ve gone unheard for far too long,” said Senator Kearney. “Trauma does not have an expiration date. We will not limit survivors’ opportunities to seek justice.”

The bill would amend Title 42 (Judiciary and Judicial Procedure) to:

“For too long victims have had no recourse, unable to press charges after some artificial deadline has kicked in,” Senator Kearney continued.  “This has resulted in zero consequences for many perpetrators while victims are left with lasting trauma, like PTSD, depression, anxiety, and even suicide.  The challenges for victims are further exacerbated by knowing they have no legal recourse, even as abusers go on putting still others at risk.”

This bill addresses the concerns of the Grand Jury report on church sex abuse, and follows on from the good work previously introduced in SB 261 and HB 612 in 2017-2018.

This crisis is indiscriminate of age as there are countless victims who have been subjected to sexual abuse, assault and misconduct in their lifetime. A study done by the Rape, Abuse & Incest National Network (RAINN) found that 82% of sexual assault victims are between the ages of 18 and 64.  The 2015 National Intimate Partner and Sexual Violence Survey Date Brief showed that 55.6% of women surveyed were 18 years or older when they were first-time victims of completed or attempted rape.

While these data are shocking, the research is based only on reported abuse, assault and misconduct and does not reflect the real scope of the crisis.  The Bureau of Justice Statistics finds that only 36% of rapes, 34% of attempted rapes, and 26% of sexual assaults were actually reported between 1992 and 2000.