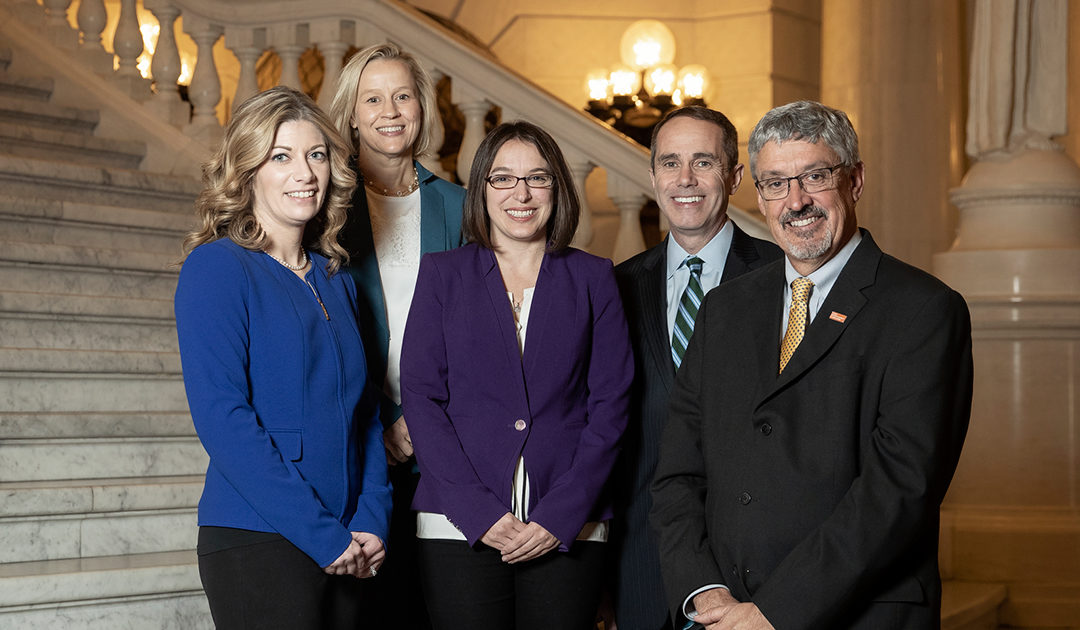 First introduced in the state House of Representatives by Rep. Leanne Krueger (D-Delaware) last session, the expanded #MeToo PA General Assembly Act seeks to add reforms to the process and procedures of addressing sexual harassment claims in the Pennsylvania legislature.

“The groundbreaking reform legislation introduced by Rep. Krueger established the framework for what my colleagues and I are building on with our Senate bill,” said Collett. “We need to implement and improve the procedures in which sexual assault and sexual harassment claims are addressed in our government. This legislation allows us to do that.”

Collett and Muth joined Krueger at a news conference today to support the #MeToo movement and unveil their bill.

“As a survivor and supporter of those who have come forward through the #MeToo movement, I believe it is imperative that legislation be put into action to correct serious issues within the process of addressing harassment claims in the General Assembly,” Muth said. “I look forward to working with my colleagues on implementing these reforms.”

The companion legislation being introduced in the Senate would:

“This is about creating a safe workplace where employees don’t have to look over their shoulders with worry,” said Kearney. “It’s about creating a system that doesn’t silence survivors, protect offenders, or waste taxpayer money. Going forward, we will ensure that wrongdoers face real repercussions while victims are heard. We will create a Capitol that sets the tone for the entire state.”

Krueger’s original legislation included the banning of non-disclosure agreements that mask the names of General Assembly members who are accused of harassment; requiring credibly accused members of the state legislature to repay any settlements that were paid with taxpayer dollars; and, requiring paid administrative leave, remote work assignments, and reimbursement for licensed counseling offered to employees during the adjudication of proceedings.

“Members of the General Assembly have the responsibility to conduct themselves in a manner that is beyond reproach,” Williams said. “This legislation ensures that members who break that faith are held accountable for their behavior, not the taxpayers.”

The Democratic senators said that their companion legislation would protect the staff and employees of the General Assembly.  Implementing these measures is long overdue, they said.

”We must protect victims of sexual harassment and assault,” Santarsiero said. “People need to feel that they can come forward safely without facing further harm. The safeguards that this legislation will provide are long past due.”