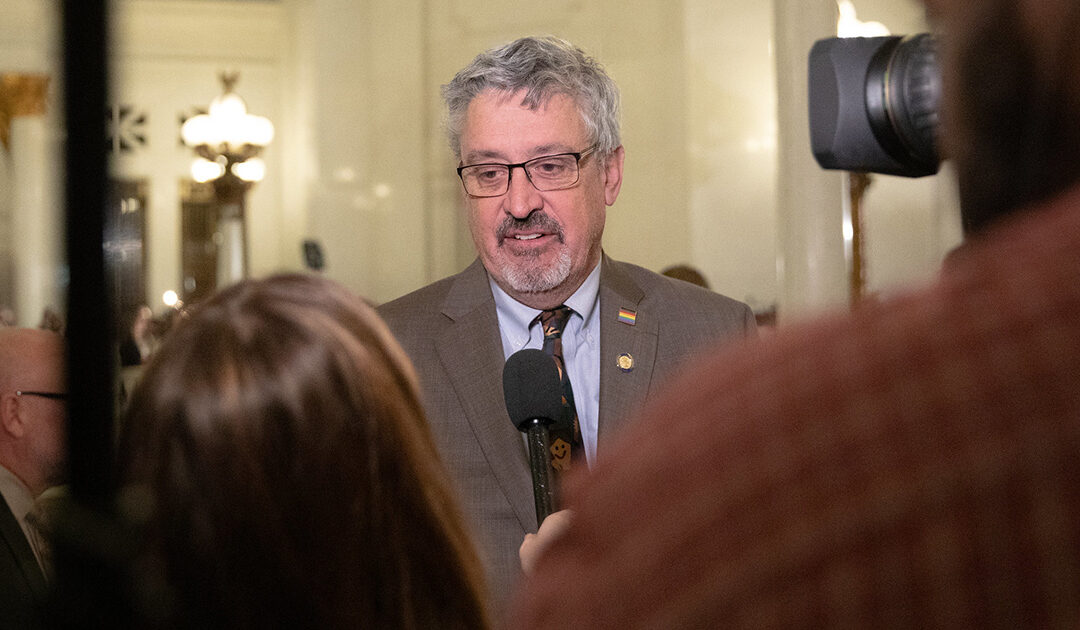 State Sens. Tim Kearney and Anthony Williams as well as State Reps. Leanne Krueger, Margo Davidson, David Delloso, Brian Kirkland, and Joanna McClinton signed the letter, which details how peaceful protesters were met with violence and intimidation by a group of counter-protesters. The letter calls for Delaware County’s District Attorney to investigate the counter-protesters’ actions and the Ridley Township Police Department’s response.

“I was proud to participate in the Black Lives Matter protest and stand with people of all races and all ages against systemic racism,” said Sen. Tim Kearney. “But I was disturbed by the hate and intimidation that I witnessed firsthand from counter-protesters. We are better than that. We need to make sure our community feels safe when peacefully exercising their First Amendment rights.”

“I join others across our community in expressing horror that this demonstration of love and support for Black lives was met by a menacing group with a mission to taunt and intimidate peaceful protesters,” said Rep. Leanne Krueger. “Instead of actively protecting the First Amendment rights of our neighbors, it appears that Ridley Police were both late to the scene and seemed to be protecting the white counter-protesters instead. I am gravely disappointed to have seen these images and demand an immediate and transparent investigation into the actions of law enforcement.”

“Citizens who gathered to specifically demand equal treatment under the law for Black Americans felt intimidated, and many who were there expressed deep concern with the lackadaisical police response to provocations from counter-protesters,” said Sen. Anthony Williams. “Among those provocations were physical shoving, spitting and revving of truck engines to spew pollutants in the faces of innocent citizens. These actions are reprehensible at any time, but during a pandemic involving a killer respiratory illness it should be criminal.”

“As a longtime resident of Delaware County for 30 years, it was disheartening to hear that an organized riot was deployed to confront, act out, and attempt to intimidate those peacefully marching in support of racial justice and equality,” said Rep. Margo Davidson, Chair of the House Southeast Delegation. “Hate can never be tolerated. The calls for racial justice are warranted and this outrageous display further proves it. The rioters clearly did not believe that all lives matter since they refused to hear the peaceful request that black lives matter. Delaware County is no place for hate. That is why I am calling for a full investigation of what appears to be racial and ethnic intimidation by the rioters against the peaceful protesters.”

“A march advocating for equality and justice for all should never encounter violence and acts of intimidation,” said Rep. David Delloso. “As a Marine and a veteran, I know that our constitutional rights cannot be taken for granted. Acts of violence and intimidation towards those exercising their constitutional rights to peaceful assembly is simply unacceptable. It significantly undermines the common good.”

“A peaceful protest in support of the Black Lives Matter movement turned into acts of unjustifiable physical and verbal aggressions towards community members,” said Rep. Brian Kirkland. “These actions are intolerable in our respective communities as we strive to build love and unity. As an elected official, we use our platform to uplift and support all community members and leaders who participate in a peaceful protest.”

“I was very disappointed to see youth endangered as they exercised their First Amendment right, as law enforcement did not come to their aid or defense,” said Rep. Joanna McClinton. “This is unacceptable and cannot be overlooked. Differences in opinion should never equal physical danger in the land of the free!”

Reporting by the Delaware County Daily Times, as well as videos posted on social media, show counter-protesters using racial slurs, ripping flags out of the hands of protesters, and repeatedly punching a journalist’s phone out of her hands while she tried to do her job. Protesters also reported being endangered by vehicles that swerved into their path.

Letter to DA Stollsteimer re BLM violence in Ridley