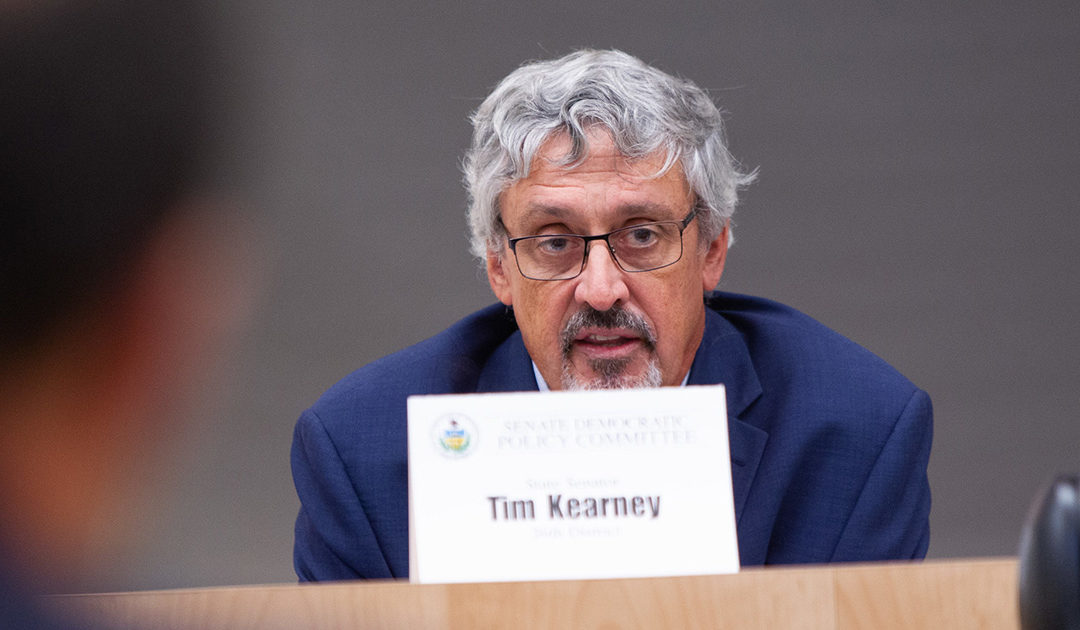 SPRINGFIELD − May 28, 2020 – Senator Tim Kearney (D – Chester, Delaware) today released a statement following the revelation that Republican leaders in the Pennsylvania House of Representatives knew one of their members had tested positive for COVID-19 but never informed their Democratic colleagues.

“I am shocked and saddened by House Republican leaders’ disregard for the health and safety of their colleagues,” said Kearney. “It is unacceptable that Republican leadership hid the fact that a deadly virus had entered the Capitol. They knew their members had been exposed to COVID-19 but chose to keep my Democratic colleagues in the dark for a week, only until Democrats were notified by a reporter.”

“Lawmakers on both sides of the aisle work closely together at the Capitol, in committee meetings and on the House floor. Republican leadership’s failure to inform Democrats didn’t just put lawmakers at risk. They put each lawmaker’s family and staff in danger. Many of my colleagues go home to elderly parents and relatives with serious health conditions. We also cannot forget the workers at the Capitol who were put in jeopardy by this. All the while, this revelation came as our nation surpassed 100,000 coronavirus-related deaths yesterday.”

“The entire House of Representatives should have been made aware immediately. We must demand answers. That is why I’m supporting Rep. Kevin Boyle’s call for the Pennsylvania Attorney General to conduct an investigation into this matter.”

“This isn’t about Democrats and Republicans. Health and safety should not be partisan issues. What happened in the House of Representatives shouldn’t happen in any workplace. This is why we have to ensure all workers have safety protocols in place that protects them from unnecessary risk.”

On May 20, Rep. Andrew Lewis (R-Dauphin) tested positive for COVID-19. He informed House Republican leadership, who took measures to keep their members safe but failed to inform any members or staff of the Democratic caucus. Democratic lawmakers learned about the outbreak from a reporter on May 27. At least three other House Republicans who were exposed have been in self-quarantine, including Rep. Russ Diamond (R-Lebanon) who has publicly refused to get tested.