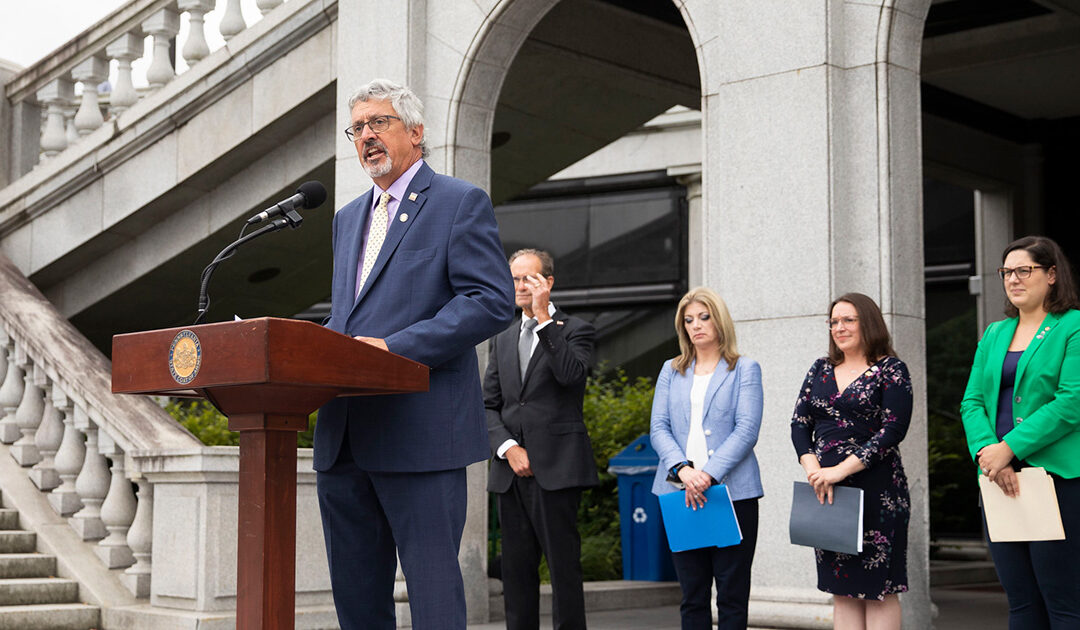 “It’s time to stop talking about how we can be better at transparency and accountability and time to actually do better,” said Senator Williams. “These Rules Amendments are all simple, non-partisan measures that will ensure the voices of every Pennsylvanian are heard, not just those with power and influence. We are asking Senator Ward, as the Chair of the Rules and Executive Nominations Committee, to consider these individual Resolutions on their merits, because each and every one is a good government measure aimed at improving the quality of representation, accessibility, and transparency of the Senate for all Pennsylvanians and instilling more confidence in this institution.”

The Senate adopts its own Operating Rules every two years at the beginning of the new Session. This past January, Senator Muth and Senator Williams introduced an alternative set of Senate Rules that incorporated many of today’s Amendments; unsurprisingly, these changes never received consideration and the Majority Party’s “status quo” proposal was adopted over the objections of many in the Minority Party.

“Our government should be transparent but unfortunately many of the operating rules of the Senate allow the Majority Party to prioritize politics over policy and silence other members who are trying to advocate for their constituencies and often, for what is right and just,” Senator Muth said. “For far too long, we have allowed the majority to dictate the rules and operations of the State Senate – our package of Senate Rules Reform Resolutions signals that our Caucus will no longer accept business as usual when it comes to an open and fair legislative process.” “The way the Senate operates is inherently broken,” stated Senator Cappelletti. “It furthers a power imbalance that silences the voices of all Pennsylvanians. By reforming the Senate rules, we can have more equity and transparency. We can have a government that hears the people and works for the people.”

Also included in the Senate Rules Amendment package are measures that require that all legislation receives a vote (SR 76) in committee. Currently, fewer than 1 out of every 5 bills introduced by the General Assembly ever receives consideration. Action would also be required on bills that receive unanimous approval in the House or that are co-sponsored by a majority of members from the Majority Party and a majority of members from the Minority Party,  (SR 85).

“It is time for partisan games to come to an end and real accountability to begin,” stated Senator Kearney. “Voters didn’t send us here to waste time and taxpayer money, they sent us here to grow our economy, fix our broken infrastructure, make our communities healthy, and support our children’s education. I have been in this chamber for almost three years, and every day it becomes clearer how much of an impact these rules have on my ability to do my job.”

“I’m a working class guy — I spent four decades as a union plumber. And I don’t think you should need an advanced degree to follow and voice your opinion about what your elected officials are doing,” said Senator Kane. “My colleagues and I are introducing rules reforms to make sure our government is working for the people. It’s long past time that Pennsylvanians had real representation in the Senate.”

“Our constituents deserve the highest level of transparency when it comes to what is happening within our state government,” said Senator Schwank. “All the bills proposed as a part of this package will help give people faith that our government is working for them, and they should expect nothing less. Many of these measures are commonsense solutions that give everyone an opportunity to be heard.”

The full list of Rules Resolutions introduced and awaiting action by the Senate Rules Committee is:

SR 80 (Muth): Every Resolution Gets a Vote

SR 81 (Muth): Every Amendment Gets a Vote