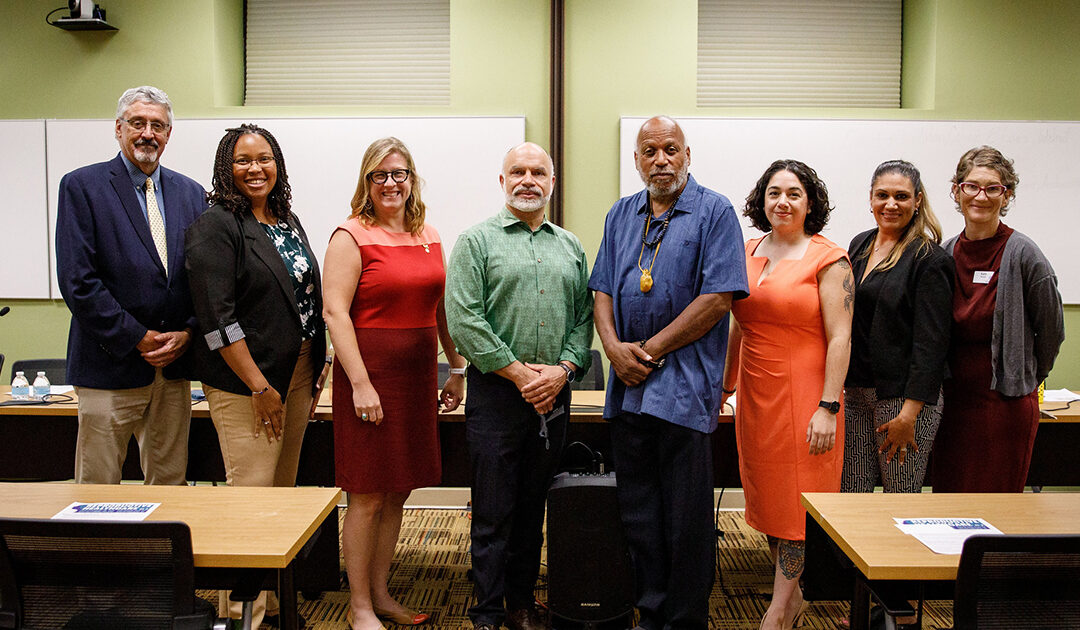 Senator Tim Kearney and local pro-choice elected officials and organizations hosted a Reproductive As A Human Right forum in Morton, PA on August 18.

In the weeks after the court’s decision was issued, most states have been enmeshed in legal battles to preserve reproductive rights—Pennsylvania being no exception. In July, Governor Tom Wolf filed a lawsuit against the Republican-led General Assembly for their unconstitutional attempt to ban abortion in Pennsylvania with the passage of Senate Bill 106.

Speaking during the forum, the diverse group of panelists offered attendees critical information highlighting the current state of abortion access in our country and specifically, in our Commonwealth.

Senator Kearney provided insight on Senate Bill 106 and the constitutional amendment process, while also highlighting the GOP’s covert attempt to strip away access to safe and legal abortions in Pennsylvania. “At night when most Pennsylvanians were sleeping, Senate Republicans moved forward Senate Bill 106,” said Senator Kearney. “The original bill proposed a constitutional amendment that would have changed the way the Lieutenant Governor was elected, however, my colleagues on the opposite side of the aisle used it as justification to move forward with a constitutional amendment banning abortion. Senate Democrats argued against this attempt for hours but unfortunately, they had the votes for it to pass in both the House and Senate.”

State Representative Leanne Krueger (D-Delaware), whose district includes a portion of Senator Kearney’s, stressed the critical juncture laying before pro-choice legislators and voters as the constitutional amendment process unfolds. “Without Roe, it’s now on state lawmakers to provide a clear right to abortion care in Pennsylvania,” said Rep. Krueger. “Without more pro-choice lawmakers in Harrisburg as soon as next session, the Republican majority is expected to move in the wrong direction, using a constitutional amendment to eliminate not only abortion care in Pennsylvania but also the General Assembly’s very ability to expand abortion access in the future.”

Delaware County Council Chair Dr. Monica Taylor focused on identifying ways to get the community involved through a call to action, while other panelists addressed issues with equity and the need for advocacy surrounding abortion care. “At Planned Parenthood Southeastern Pennsylvania, we believe that abortion is healthcare, and we are here to provide this essential care to those who need it,” said Lindsey Mauldin, Vice President of Public Policy and Advocacy for Planned Parenthood Southeastern Pennsylvania. “Taking away access to care disproportionately impacts individuals from low-income, black and brown, and LGBTQ communities; and we will fight back against any attempts to ban abortion access in the Commonwealth.”

Similarly, Roxanne Sutocky, Director of Community Engagement with Delaware County and Philadelphia Women’s Centers spoke about the decades-long fight for equity and access. “When we talk about the Dobbs decision and the fall of Roe, it is important to acknowledge even with constitutional protections abortion care has long been pushed out of reach for young people, people working to make ends meet, people living in rural areas, undocumented people, and LGBTQIA+ and BIPOC communities disproportionately impacted by systemic racism and reproductive oppression,” said Sutocky. “Legality does not equate to access. Together, we will fight for a better future, where all health care, including abortion, is accessible and where everyone is free to make decisions about our futures and our families whoever we are and wherever we live.”

Rounding out the forum, Katie Kenyon, Vice President of Programs for The Foundation of Delaware County directed questions to the panelists. Questions included sentiments from pro-choice and pro-life advocates that were in attendance.

Rutledge Borough Mayor Gamal Sherif, who offered the welcome and goodbye, thanked attendees for coming out and reiterated the need for pro-choice supporters to stay informed and heed the call to action to help preserve access to safe and legal abortions.

Attendees who were unable to attend the event but would like to view the entire forum can visit here.