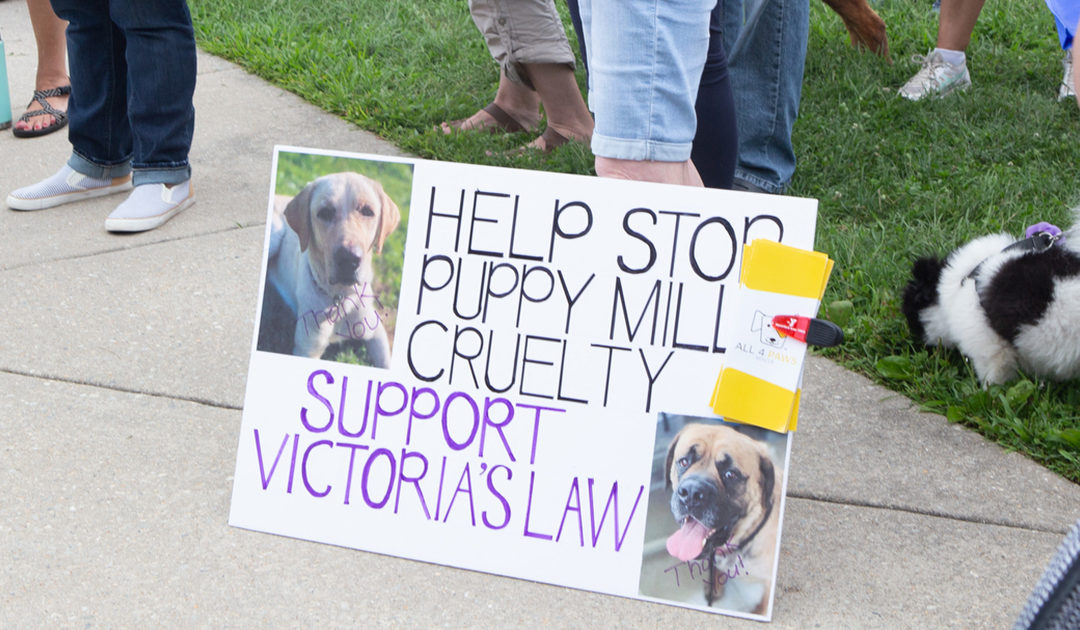 HARRISBURG − October 15, 2019 – Bipartisan legislators from Chester and Delaware Counties, who are calling for a ban on puppy mills, will welcome Olympic gold medalist Heather Mitts to the Capitol on October 22 to urge support for Senate Bill 44 (“Victoria’s Law”).

Heather, a three-time Olympic gold medalist in women’s soccer and resident of Delaware County, will come to the Capitol to urge passage of Victoria’s Law. Introduced by Senators Tom Killion and Andy Dinniman and co-sponsored by Senator Tim Kearney, Victoria’s Law would prohibit pet stores from selling dogs, cats, and rabbits unless they come from shelters or rescues. It is named after Victoria, a German Shepherd who was rescued from a Pennsylvania puppy mill after 10 years of breeding that left her paralyzed.

“The support of people like Heather Mitts is crucial as we raise public awareness about the cruelty of puppy mills,” said Senator Killion. “I thank her and the many others who have helped expose the suffering at puppy mills. Together, we will pass Victoria’s Law and shut down the puppy mill-to-pet shop pipeline in Pennsylvania.”

“Victoria’s Law is part of a national and international movement to do away with cruel and inhumane puppy mills once and for all,” Senator Dinniman said. “We’re proud to be part of SB44 and we’re proud to welcome and thank our long and growing list of supporters, like Heather Mills, for their efforts and advocacy.”

“We must put an end to the inhumane system that tortures animals and makes consumers unwitting participants in this cruelty,” said Senator Kearney, who represents the district where Heather lives. “I’m proud to call Heather a constituent and I’m grateful for her advocacy on this issue.”

All those interested are welcome to meet Heather at a press event from 10:15 to 10:45 am at Room 14, East Wing. She will be joined by representatives from the Humane Society Veterinary Medical Association, Humane Society of the United States, and Finding Shelter Animal Rescue. Heather will be introduced on the Senate floor at approximately 1:00 pm when the Senate is scheduled to convene.