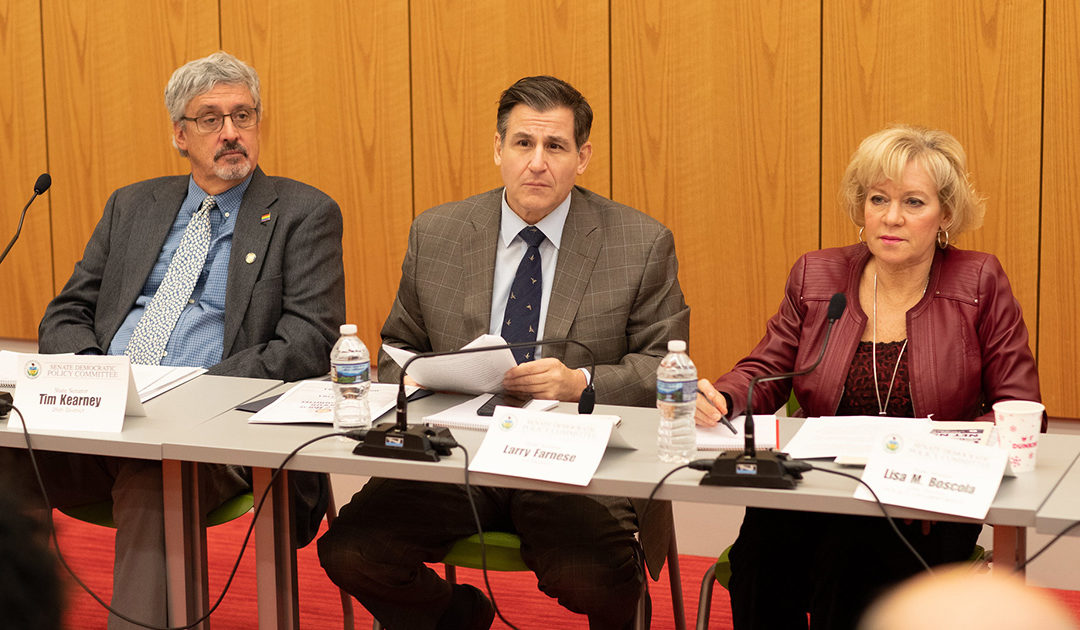 “Protecting net neutrality means protecting consumers from internet providers trying to control what and how people can access their internet,” Farnese said. “We need to maintain net neutrality to ensure that all data on the internet is treated equally for people despite their circumstances or their ability to pay additional fees for services.”

The Federal Communication Commission (FCC) under the Obama administration classified broadband internet services as a “telecommunication service.” This allowed the FCC to apply nondiscrimination rules among internet providers.

“I am sponsoring Senate Bills 392 and 393 to make sure that all Pennsylvanians have equal access to any lawful internet content, applications, services, and non-harmful devices that they chose to use,” Farnese said.

Senate Bill 392 would create guidelines for broadband internet providers that keep access to the internet and its services equitable for all who use the services.

Senate Bill 393 would add Internet Service Providers (ISPs) to the list of public utilities in Pennsylvania. This would allow the Pennsylvania Public Utility Commission (PUC) to regulate ISPs and ensure they follow all net neutrality guidelines set forth in the state.

Chair of the PUC, Gladys Brown Dutrieuille, clarified that Broadband Internet Service Access (BIAS) is not regulation of the internet, but oversight on the equity of access for those using the service.

“BIAS is the 21st century version of the mail (postal) service,” Dutrieuille said.

“As technology rapidly advances, it is so important for us to continue having conversations about how to protect consumers,” Boscola said. “We need to make sure that we as a legislative body are listening to consumers and ensuring their freedoms are being upheld.”

Fiedler has sponsored House Bill 544 to make sure that ISPs are not allowing paid prioritization of content among internet users who subscribe to their services.

“For Pennsylvania residents, an end net neutrality has big implications: the company that provides their internet could choose to block them from accessing websites for competing companies, interfere with speech that criticizes the provider’s actions, block access to union sites during a labor conflict, anything they choose. We need to protect our resident’s equal access to information on the internet,” Fiedler said. “We cannot allow practices like paid prioritization to further the already profound digital divide experienced across our communities.”

Member of the New Jersey Assembly , Andrew Zwicker, also testified on the steps that his state is making to protect net neutrality.

“Currently, federal leadership is gone,” Zwicker said. “It is up to the states.”

A full recording of the hearing will be available atsenatorboscola.com/policy.