The hard truths of racial injustice 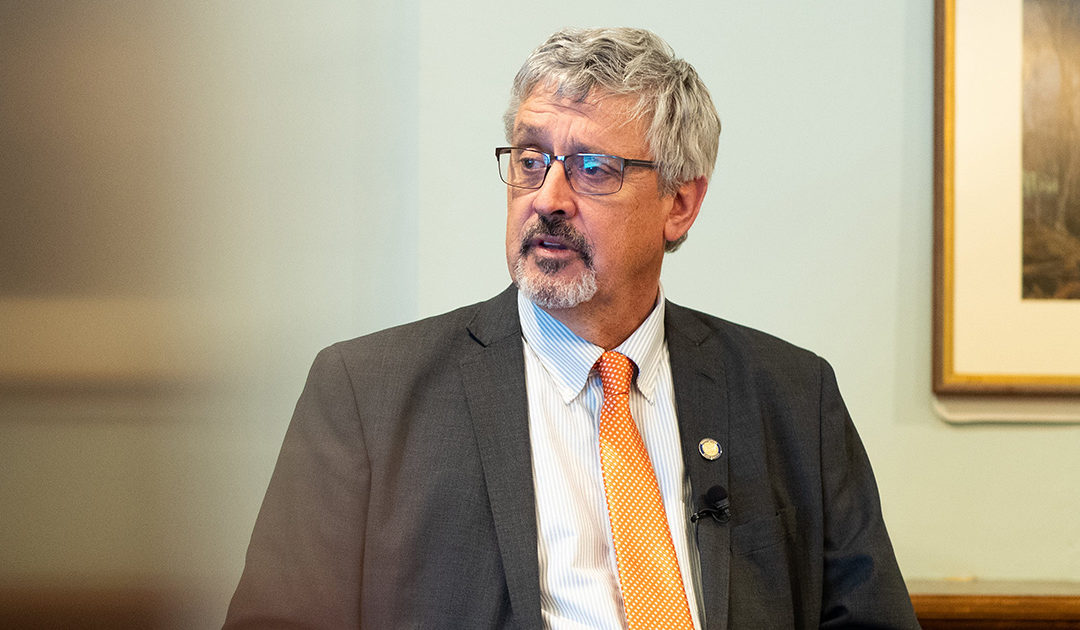 As a member of the Pennsylvania Senate, I am generally reluctant to call out my individual colleagues. I know my fellow senators love our Commonwealth and our country – we just have different ideas about how to best serve our people.

However, times arise when a fellow public servant’s statement demands a response. Senator Mike Regan, my colleague from Cumberland and York counties, recently published an op-ed on the recent protests against police brutality and racial injustices that requires such a response.

In his op-ed, Senator Regan acknowledged George Floyd’s death was a murder and recognized that Mr. Floyd was one of many black men to die at the hands of police. However, my colleague also said the fact that “police brutality is dangerously widespread and requires nationwide police reform” is a “myth,” and claimed “nationwide statistics do not support the presence of widespread racial bias within our criminal justice system.”

This is factually incorrect. Protests demanding justice for black lives have reverberated across the nation precisely because systemic racism exists in every corner of the nation. The murders of George Floyd, Breonna Taylor, Michael Brown, Eric Garner, and too many others were not anecdotal. They are vivid examples of a system-wide problem that requires system-wide reforms.

A database collected by The Guardian found that 1,093 Americans were killed by the police in 2016. Black people were 24% of those killed despite being only 13% of the population – an 11% discrepancy. The rate of fatal police shootings per million was 6.6 for black people but only 2.9 for white people. A 2019 study by the Proceedings of the National Academy of Sciences found that African Americans are “significantly more likely than white women and men to be killed by police.” According to the study, “For young men of color, police use of force is among the leading causes of death.”

Senator Regan says the “resulting narrative” is that all police officers have been vilified, claiming “the over 40,000 active and retired law enforcement officers in our Commonwealth” are being judged “by the horrific actions of a few bad cops in Minneapolis.” Distorting the Black Lives Matter movement by saying its supporters hate all police is incorrect. The failure of some officers to live up to their oath to protect and serve is not a reflection on their entire profession.

Compare this to the example of the Catholic Church. Like everyone, I have been horrified by the sexual abuse scandal within the Church. I know there are many good priests who serve with great virtue, but that does not erase the sickening actions of sexual predators nor the need for reform. That is why I, the son of a Catholic school teacher and the product of sixteen years of Catholic education, introduced legislation to eliminate the statute of limitations for sexual abuse in Pennsylvania. That is why I also support reforms to address police brutality.

We need real structural change to ensure we never see another story like George Floyd and those who came before him. While Senator Regan dismisses reforms like the creation of a Deputy Inspector General to investigate police misconduct as “little more than political grandstanding,” I see them as essential to guarantee the American promise of liberty and justice for all. I know the many good members of Pennsylvania’s law enforcement community, who carry out their duties with compassion and competence, feel the same.

We cannot forget that current protests against racial injustice are unfolding amid another crisis. The outbreak of COVID-19 has had a disproportionate impact on communities of color. In Pennsylvania, black people make up only 11% of our population but represent 19% of positive cases and 30% of deaths where race was recorded. This reflects decades of disinvestment in people of color, especially cuts to public education and public health.

Systemic racism harms or benefits everyone, whether or not we are aware of it. My privilege as a white man and a lawmaker comes with an obligation to act. To do nothing in the face of injustice is unacceptable. We have a lot of work to do. It will require not just a change of policies, but also a change of hearts.

Times of crisis have led to some of history’s greatest achievements. The Great Depression led to the New Deal, the turmoil of the 1960s led to the Civil Rights Act, and the Stonewall uprising led to the modern LGBTQ rights movement. This moment in history offers us the chance to address 400 years of racial injustice on American soil. This is the time for us to rise up and meet the unfinished project of freedom in America.